The Poison That We Read

March 28, 2022
Being married to a career Journalist is a real advantage when you are a Talk Show Host/Writer always on the look-out for trophy-size examples of poisonous propaganda disguised as “news”. True, the media landscape is littered with Fake News. But the truly deadly “stories” are those, like Copperhead snakes, that blend perfectly with their surroundings and strike when you’re totally off-guard. BAM! Another brain cell of Reason falls victim to the venom of lies, damn lies and prejudice. The most deadly are those that slither in without the fanfare of attribution; these reptiles have no name.

Recently, she found this one:

“Black Women Feel Sting of Jackson Hearings” Take a few moments to slog through this POS. I’ll be here when you’re finished throwing up….

Notice the “article” claims no authorship; just the ubiquitous “Associated Press” and presented by a TV station you’ve likely never seen. (“WCMH NBC4 is Local for You, serving as Columbus, Ohio's top rated source for breaking news…” – pity the poor ‘news consumers’ of Columbus. OTOH, a check of the City demographics may give a clue to what’s influencing the station’s “news content’.)

Also noteworthy is the choice of sources cited for quotes in support the opening gambit:

“Senator,” she said, letting out an audible sigh.

In that singular moment, Supreme Court nominee Ketanji Brown Jackson spoke for countless Black women who have had to gather all the patience, strength and grace within to answer insinuating questions about their credentials, qualifications and character.”

And they’re off! Viewers and Readers (especially women) properly pigmented and prejudiced may begin your hand-wringing, tsk-tsking and ‘ain’t it the truths’ – even when it isn’t even close. As a ‘media outlet’ this is sadly SOP. “Super-Serving” the target audience while sacrificing the principles of Journalism, neutering a “Free Press”, has long succeeded in bringing ratings success and the ad dollars that follow.

A barrage of slanted commentary-disguised-as-news follows:

The federal judge had to endure hours of public scrutiny from skeptics, namely the Republican senators who are erecting a wall of opposition to her landmark nomination…

Note: Nowhere in the article is there any reference to the unmitigated slander and libelous behavior of Democrats and MSM throughout the confirmation hearings for Justices Kavanagh and Barrett.

“It was really traumatizing to watch,” said Melanie L. Campbell, president and CEO of the National Coalition on Black Civic Participation and convener of the Black Women’s Roundtable.

As expected, Ms. Campbell provides several more transparently prejudiced comments. And why not? Ever check out the background and mission statement of the National Coalition on Black Civic Participation or who funds it or for what purpose? She is joined by other stellar sources for sound-bites that serve the same agenda.

Remember: this is (allegedly) a “news story”. These may be quotes but they’re definitely not “news’ when not contrasted with the opinions of others who may not share Ms. Campbell’s fawning favoritism for Ms. Jackson.

In those instances, the same treatment is provided - in reverse:

“Republican Sens. Ted Cruz of Texas, Lindsey Graham of South Carolina and Josh Hawley of Missouri hammered Jackson on a handful of the many cases she handled as a judge, asking if she regretted having a record that, in their view, is soft on child pornography defendants.”

If Ms. Jackson was ‘hammered’, might it be said Brent Kavenaough was “bludgeoned”? “Flayed alive”? Was Amy Barrett ‘gang raped’? ‘Verbally disemboweled’? In fact, there is no virtually no mention, reference or whiff of the non-stop hate leveled by Democrats on the Senate Judiciary Committee during both of those confirmations. Zero. But Ms. Jackson was…”hammered.”

Remember, this is (allegedly) a ‘news story’.

In addition, she had to “endure hours of public scrutiny from skeptics, namely the Republican senators…” It could also have been reported Ms. Jackson had to endure the slobbering, embarrassing monologue of Senator Corey ‘Sycophant’ Booker (D-Absurdistan). Videos of Ms. Jackson being ‘moved to tears’ may have more accurately described her as wiping his spittle from her face as his catechism went from fawning compliments to expectorating blathering.

The rest of the (alleged) ‘new story’ indicts itself as nothing less than an obvious hit piece, courtesy of a formerly proud news aggregator which, like many other ‘new outlets’, have weaponized their privilege of the Bill of Rights Free Press protection for the goal of advancing an agenda patently opposed to Freedom and Liberty.

They provide the poison that we read. Many of us do so unwittingly, especially when served up by the Associated Press and others still presumed to provide unvarnished facts for public information and serious consideration.

Had you read the example above, you may have noticed at the end the TV outlet provided limited space for reader comment linked in a box “Suggest a Correction”. Clicking on said box takes you to a page with the following qualified invitation:

Not being one to pass up such opportunities, I enthusiastically complied:

“Your entire 'story' is a 'grammatical error' inasmuch as it is presented as "news”. It isn't. At best, it is a poorly written Opinion Piece spewed out by one or more stupendously racist scribblers at the AP, a former 'news organization'.

News, by definition, reports Facts from as many sides as may impact the story or issues within it. This one doesn't come close. It is a basic Hit Piece against Republicans and a Pity Party for Blacks, Democrats and Liberals – especially women - who, despite being assured their favored nominee will be approved, still must find ways and means to wallow in self-pity while throwing ad homonyms at everyone not of their political persuasion.

The absence of Objectivity isn't just appalling; that you published it is unprofessional and revealing: "News" is dead at WCMH-TV and Associated Press. As an NBC affiliate, this is not surprising.”

Unfortunately, the malinformed viewers of WCMH aren’t the only victims of AP Jaundiced News. Every AP TV and Newspaper affiliate across the country received that “story”. Like an obscene zoo monkey, the AP, thru its affiliates, flings their ‘news’ feces far and wide, infecting readers and viewers with the sepsis of Aggressive Ignorance that leads to Contagious Apathy that infects them with lies and damned lies as Accepted Truth.

Beware the poison that you read. 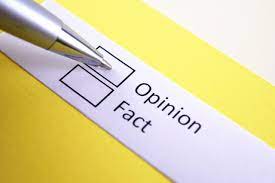 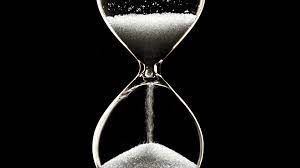